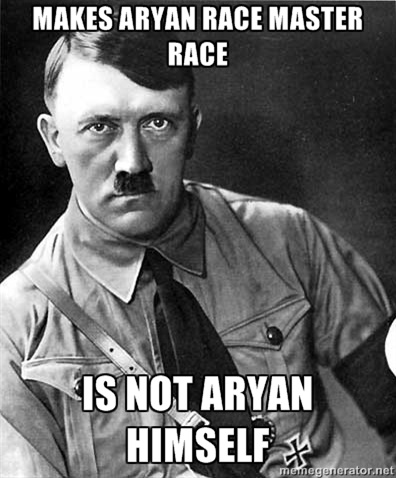 Anti-Semitism and the Holocaust

The Nuremburg Laws:
*1933-39
*Anti-Jewish laws
*forced Jews to register and war the Star of David
*This turned into forcing Jews out of careers and homes
*Prohibited marriage between Jews and Non - Jewish Germans
*Finally loss of citizenship
*Not unusual in this time period
*Canada looked the other way
*France was the same or even worse
*Many countries looked at this and thought "well done, whey aren't we doing the same"
*Was a world wide problem

Propaganda, Lebensraum and Mass Rallies:
*Josef Goebbels, The propaganda minister, on to eh most powerful men in the Nazi party
*Nastiest man in history
*Designed many of the horrible things that occurred
*Effected all aspects of German Life
*Promoted:
-Aryan Race
-Anti-Semitism
-Anti-Communism
*Lebensraum
*Outfitted by Hugo Boss

The Aryan Race and the Final Solution
*Hitler's original idea as laid out in Mein Kampf
*Aryan (nordic race) thought to be the superior beings
*Jews made out to be universal scapegoats
*Originally Jews were sent to work camps to do manual labour
*July 1941 final solution = extermination (work Camps) of the Jewsih race a priority
*German were probably the best killing country ever
*Carried out by Einsatzgruppen a special section of the S.S.
- emptied their prisons and they were the Einsatzgruppen
*Shooting and burying them was not fast enough
*Gas chambers became the popular
*Made famous places such as Auschwitz (2 Million alone)
*more people lost fighting in the entire war

The Holocaust
*Holocaust prior to WWII was a term that referred to a burnt offering or destruction by fire
*The first reports tot eh west came in January of 1942 when the New York Times reported 100,000 Jews had been machine gunned in the Baltic States
*July 1944 Allied powers got their first eye witness accounts when the Soviets liberated a camp called Majdanek
*1945 Auschwitz is discovered
*It is now believed up to 6 million Jews died during the Holocaust
*One story is they would use the ashes of the dead people on the roads so that they wouldn't slip on the ice and could keep moving their trucks
*Some countries still don't believe that it didn't happen (Iran) 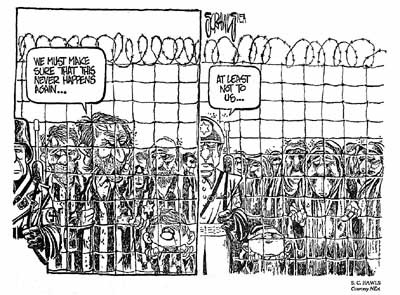 View Kristallnacht and over 3,000,000 other topics on Qwiki.

The holocaust was one of the worst mass of deaths the world had ever seen, however at the time many of the big players in the world agreed with this because they saw jewish people as a problem as well.