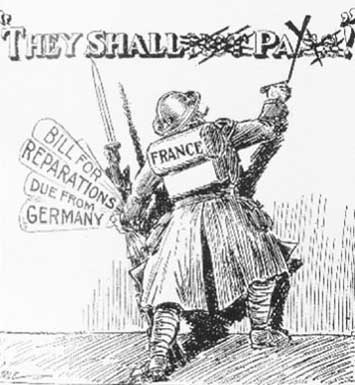 *Completely unpayable
*Not much more money in the world at the time
*55,000,000,000 dollars
*Most of the money went to France but some went to other smaller places, such as belgium and Great Britain
*Couldn't even pay the interest on this reparation
*When they couldn't get money from the germans the French would take material instead, such as coal, iron, steel..Etc.
*German people did not want to work if they were just going to give it all to the French
*Some French people would be brought in to work in the factories
*Making germany more angry

View World War I reparations and over 3,000,000 other topics on Qwiki. 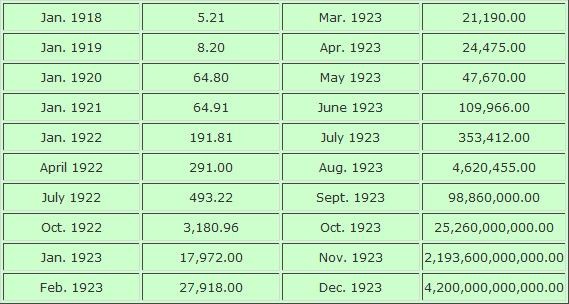 The reparations set in place by the big three, essentially succeeded in destroying Germany's economy.  France was happy because they finally get pay back, however this only angered Germany and they remembered this when they started world war II.