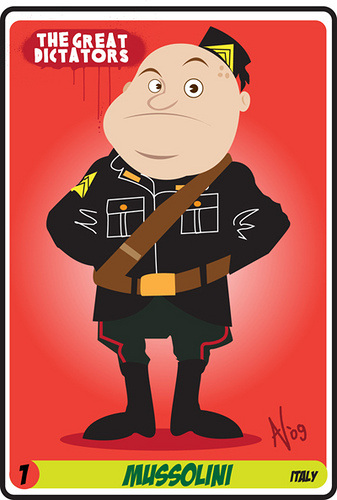 Mussolini and the Rise of Fascism

*The Founder of Fascism:
*Starts 10 years before Hitler is even elected
*Different Ideas on anti-semitism and so on
*Used blackshirts as a paramilitary force (Private Army)
-Hitler uses the same thing but Brown Shirts
*Comes to power in 1923 after the March on Rome
*threatens with 25,000 men
*King Emmanuel III refused to sign an emergency legislation to prevent it - he refused allowing mussolini to come to power
*However the government has the real decision and they give in to Mussolini not wanting a fight
*He comes into power without even having to fire a single shot, uses intimidation only


Fascism: Traits
*Private ownership encouraged and aided by the government
- Fiat, Audi,Mercedes...Etc.
*Censorship of the media
*Imperialistic
*Nationalistic - Flag waving etc.
*Militaristic - get ride of the limit. Start draft again to regain army
*Non-Democratic
*Often totalitarian dictatorship
*  "Anti-Liberal, Anti-mass democracy, Anti-socialist" (Hate every other party on the political spectrum)
*Fascism comes from italian word "fasie" which was a bound of sticks stranger together with a knife thing on it.

II Duce (The Leader):
*Acerbo Law - Forced through parliament guaranteed that the party with the most votes would automatically get 2/3 of the seats in the Chamber of Deputies
*Basically allowed them to do whatever they wanted
*Socialist Leader. Giacomo Matteotti murdered for speaking out against the Fascists
*By 1926 all anti-fascist parties had been eliminated from government
*Freedom of press, assembly and speech were eliminated

The Lateran Accords, 1929 - difference between Hitler and Mussolini:
*The Catholic Church was the most powerful remaining body in Italy
*Fearing Mussolini's wrath Pope Pius XI signed a deal:
*He told everyone that Mussolini was the rightful leader
*Gave the Church:
*Control over religious education in schools
*Recognition as the state religion
*THe right for the Pope to rule his own state called The Vatican City 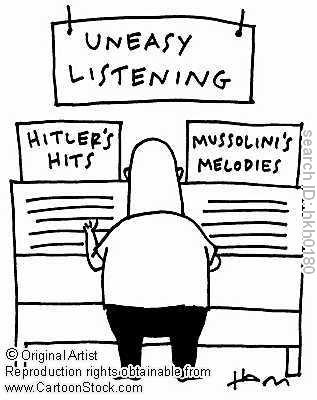 Mussolini was the founder of fascism he was essentially Hitler's idol, creating the ideas that Hitler would then use to take over Germany