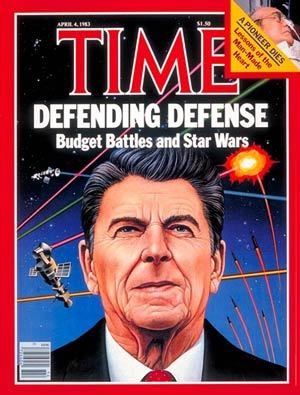 •The Strategic Defence Initiative (SDI) - Also known as “Star Wars”; wanted to have a defensive umbrella over the U.S. to shoot down incoming missiles from space
•Soviets could not afford to keep up with this kind of science
•Never actually comes to be
•Ultimately bankrupts the Soviets
•Missile umbrella
•The soviets felt that they had to do the same so they lost lots of money
•The arms race would not fizzle out until Mikhail Gorbachev came to power in the USSR in 1985 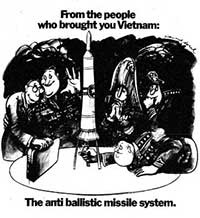 The SDI was the US's plan to help protect themselves further from Ballistic missiles.  It was always just an idea however it never actually just came into action.  This proved positive for the americans however, because the soviets tried to keep up and ran themselves bankrupt in the process,