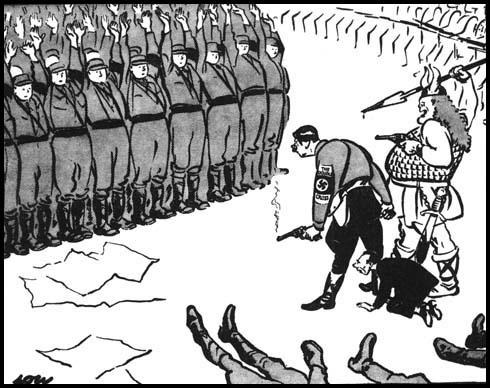 Hitler and the Rise of Nazism

The Burning of the Reichstag:
*February 1933
*Staged the fire to destroy the communist party
*Dutch communist
'Convicted of the crime'
*Hitler bullies (with the help of the Brownshirts) the Reichstag into passing the enabling act to face the coming 'Communist revolution'

The Enabling Act
*Agreed to by the Reichstag in 1933 under threats form the brownshirts (S.A.)
*Only 93 Social Democrats voted against it
*Allowed HItler to pass laws without consulting the Reichstag
*Despite the lack of freedom of speech or press Hitler only won 288 seats, barely a majority
*By July 1933 all other political parties are outlawed

The Night of the Long Knives:
*30 June 1934 those killed were
*Any would be internal challengers were murdered Ernst Rohm leader of the S.A.
*All 'socialists', whim he'd only adopted for electoral reasons
*He declared the Shutzstaffel (S.S.) had conducted the murders proudly and was congratulated by Hindenburg
*A month later Hindenburg dies and a new election is held to have a new president
*Last possible chance to stop Hitler from gaining complete power
*Won with a 99.99% of the votes
*'Smal'" bit of intimidation 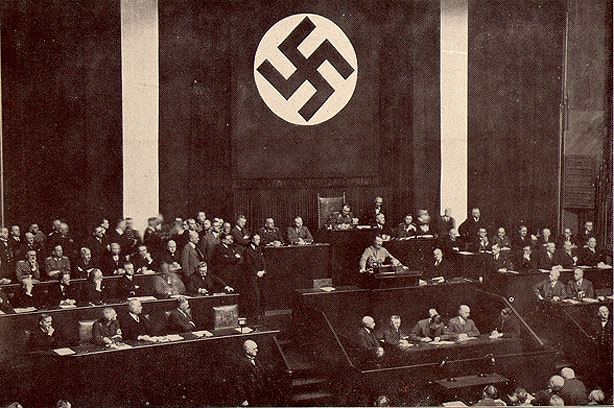 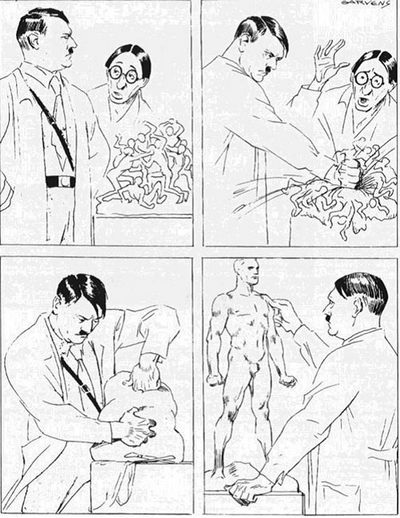 Hitler came to power through intimidation mostly, with his brown shirts and many other influential people